Mitsubishi announced that it has developed elevator technologies that achieved a speed of 1,230 meters per minute, or 20.5 meters per second (4035 fpm), the fastest elevator speed in the world (According to Mitsubishi Electric research as of May 10, 2016). The new technologies will be installed to one of three elevators at China’s tallest building, the 632-meter Shanghai Tower.

The record-breaking speed was achieved through the development of new equipment, including control panel that can maximize the traction machine’s performance, and improvements of safety devices such as the speed governor, brake device and buffer. Once the elevator is equipped with the new technologies, it can travel from the second-level basement to the 119th floor in just 53 seconds.

About Shanghai Tower
Shanghai Tower is located in the Lujiazui Finance and Trade District of Pudong, Shanghai. It houses offices, a hotel, conference and exhibition halls, restaurants and facilities for commerce, culture and sightseeing. 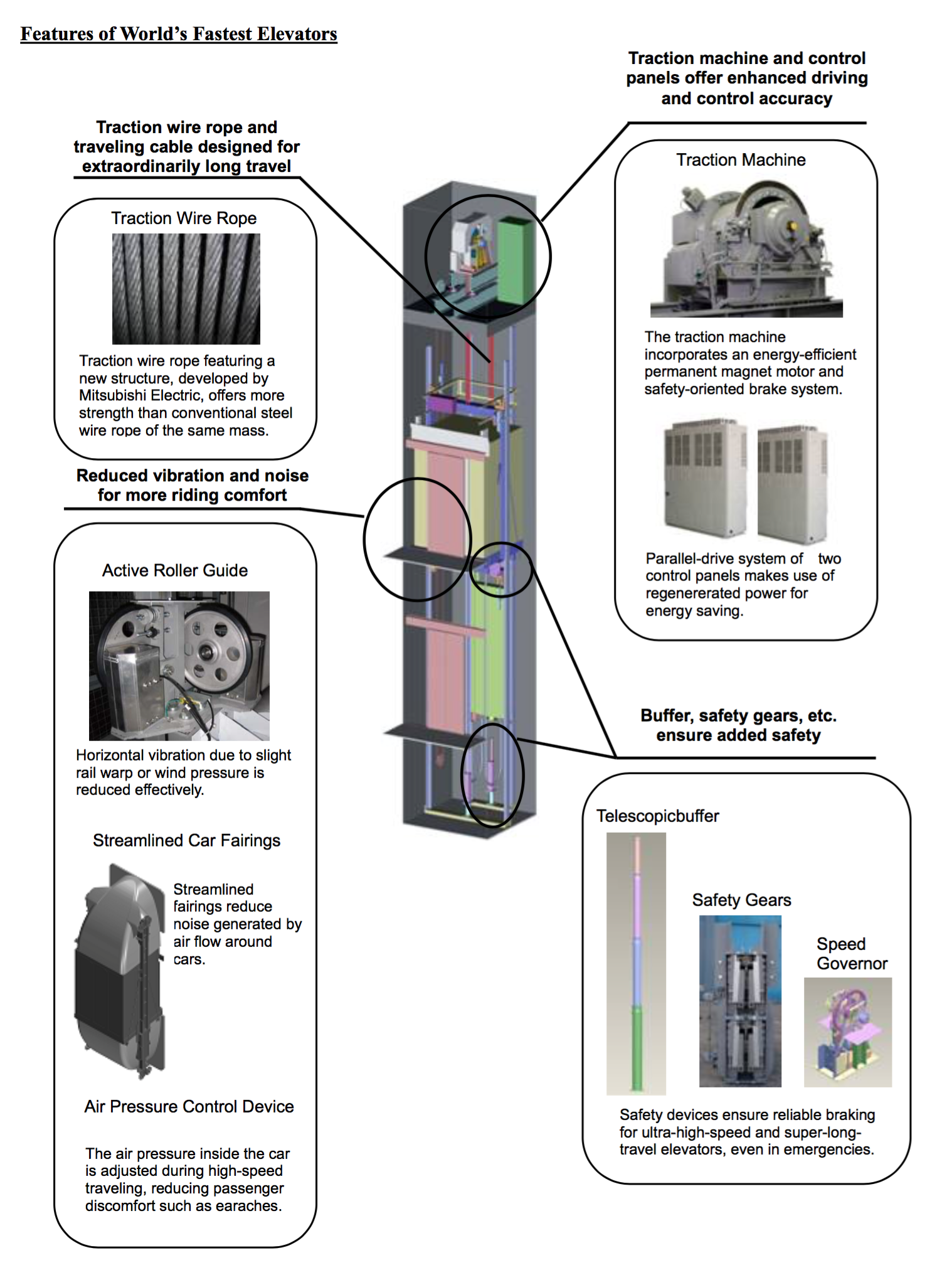