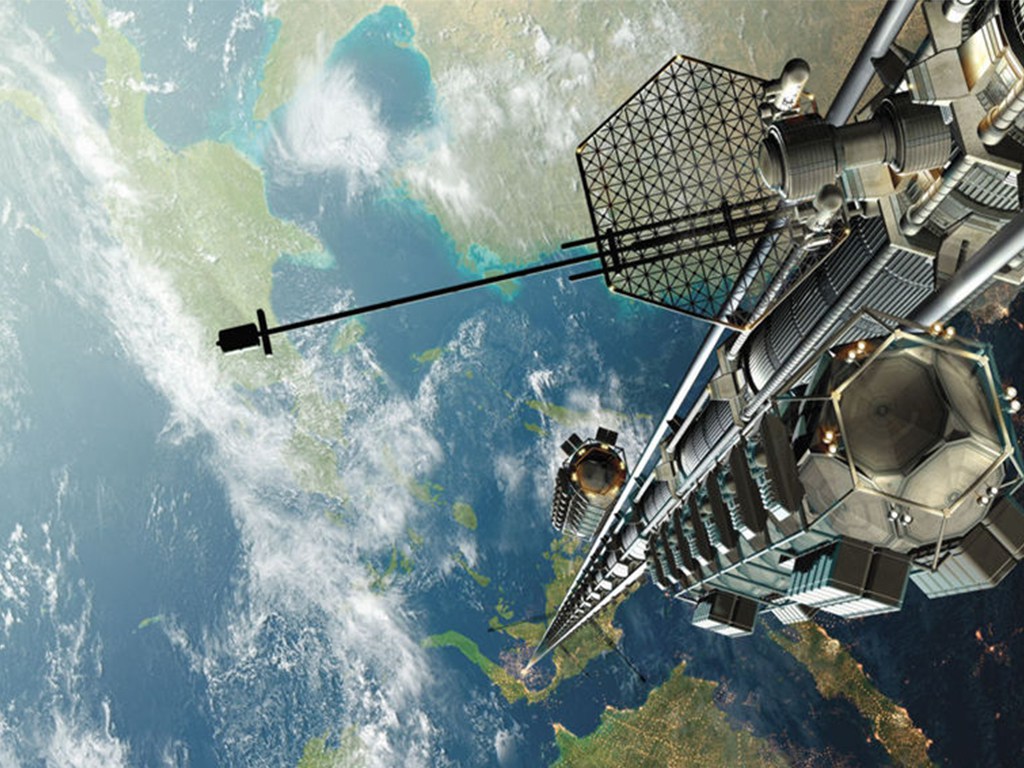 Japanese construction giant Obayashi announces plans to have a space elevator up and running by 2050.

Once the realm of science fiction, a Japanese company has announced they will have a space elevator up and running by the year 2050. If successful it would revolutionise space travel and potentially transform the global economy. The Japanese construction giant Obayashi says they will build a space elevator that will reach 96,000 kilometres into space.

Robotic cars powered by magnetic linear motors will carry people and cargo to a newly-built space station, at a fraction of the cost of rockets. It will take seven days to get there.

The company said the fantasy can now become a reality because of the development of carbon nanotechnology.

“The tensile strength is almost a hundred times stronger than steel cable so it’s possible,” Mr Yoji Ishikawa, a research and development manager at Obayashi, said.”Right now we can’t make the cable long enough. We can only make 3-centimetre-long nanotubes but we need much more… we think by 2030 we’ll be able to do it.”

Universities all over Japan have been working on the problems and every year they hold competitions to share and learn from each other.A team at Kanagawa University has been working on robotic cars or climbers.Professor Tadashi Egami said tension on the cable will vary depending on height and gravity.

“We’re studying what mechanisms are needed in order to ascend at differing altitudes and the best brake system,” Mr Egami says.

A major international study in 2012 concluded the space elevator was feasible but best achieved with international co-operation and Mr Ishikawa from Obayashi agreed.

“I don’t think one company can make it, we’ll need an international organization to make this big project,” he said.

Experts said the space elevator could signal the end of Earth-based rockets which are hugely expensive and dangerous. Using a space shuttle costs about $22,000 per kilogram to take cargo into space. For the space elevator, the estimate is about $200.

Constructing the space elevator would allow small rockets to be housed and launched from stations in space without the need for massive amounts of fuel required to break the Earth’s gravitational pull.

It is also hoped the space elevator could help in solving the world’s power problems, by delivering huge amounts of cheap solar power or storing nuclear waste. It would also be a boon for space tourism. Obayashi is working on cars that will carry 30 people up the elevator, so it may not be too long before the Moon is the next must-see tourist destination.